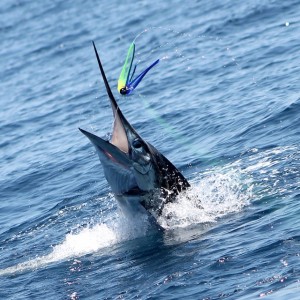 The sea around the Azores , in the Atlantic , is undoubtedly a prime location for those looking to catch large pelagic site.

The sea around the Azores , in the Atlantic , is undoubtedly a prime location for those looking to catch large pelagic site.

The submarine relief coupled with the availability of food, attracts and sustains a huge amount of these fish during their migration . We speak , of course , the big Blue Marlin we visit fairly often and number as soon as the waters are close to 22 ° C ( typically July to October) .

There are several records already stored in our waters these giants. Also great tuna pass through here in abundance , starting the campaign right from these April .

Although they may be abundant , swordfish ( Xiphias gladius ) are not usually caught by anglers . Its most fishing is done at night time and rarely during the day, so it becomes the responsibility of commercial fishing .

Rates quoted per pack for a maximum of 6 people .

The price includes all necessary equipment , snacks and beverages to the proportion of hours in the sea.

We do not practice any kind of fishing in any profit the direct or indirect sale of our catches.
We have a philosophy of capturing fewer copies looking for larger (trophies) who already did their part in reproductive terms, leading to his capture the lowest possible environmental impact.
A concept of sustainable fishing whenever possible promote the “catch and release” mode and collaborate with the authorities in the region to an even better future of the Azores.

The abundance of fish species of the Azores makes it possible for you to capture the specimens that any sports fisherman dreams of.

The Azores are today a world reference in diving, with moderate temperatures and good visibility of the waters.

Searching for trophies? We are here to provide them. Whether benthic or pelagic, just tell us where to start. 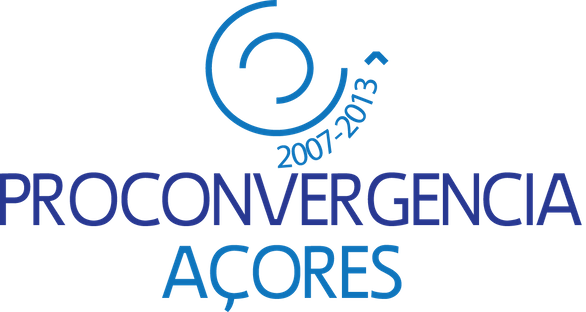